Guiding you through kRO 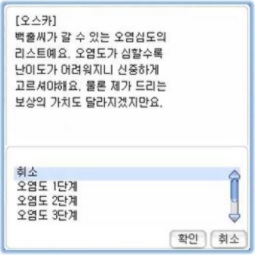 The higher difficulty level will do the following: 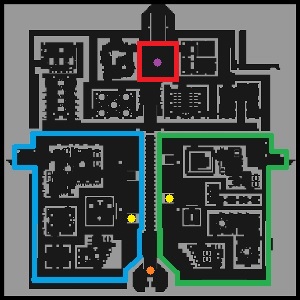 Upon entering the instance, you start at the orange spot. You will see Oscar (오스카) NPC. The party leader must talk to the NPC to initiate the battle. All party members will be randomly split to the left side (blue box) and right (green box) of the map. There are 50 monsters per side. You must clear 46 monsters in order to unlock the portal (yellow). If the other side is not cleared, the portal will lead you to the other side. You can have your support party members not move and they will be safe until you finish clearing your side. Once both sides has been cleared, the portal will lead to the center corridor where you will meet with Oscar who will lead you to battle against Phantom Amdarais.

NOTE: Instead of Phantom Amdarais, you have a 5~10% chance to fight Phantom Himmelmez instead. The mechanics are the same. The only difference is you have the opportunity to get her card.

After defeating Phantom Amdarais, a treasure chest NPC spawns in the middle. When you click on it, temporal items will drop on the floor. The amount of rewards scales with difficulty level.

You can exchange your rewards for items and weapons.

If you receive Unyielding, Mettle, Affection, Adamantine, Master Archer, Magic Essence or Acute on the third enchant, it can be leveled in a similar fashion to Bio5 Headgears.

You can reset the headgear (all enchants at once, not selectable) with two options: