Upon changing into 4th Job, you are introduced to two new mechanics: Activity Point and Trait Stats. 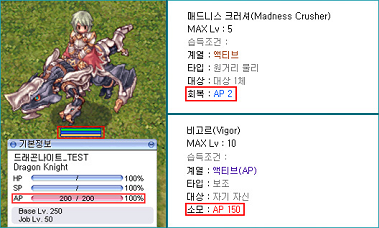 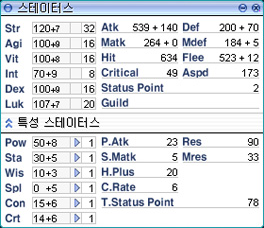 There are 6 main trait stats that a player can allocate towards: POW, STA, WIS, SPL, CON and CRT.
Each of these main trait stats can grant various sub-trait stats: P.ATK, S.MATK, RES, MRES, H.PLUS, and C.RATE.
Any levels from 200 and beyond will grant Trait Stats instead of the normal Primary Stats.

Trait that increases Heal Plus (H.PLUS) and Critical Rate (C.RATE)

Before calculating physical defense, it reduces normal physical damage taken by %. (Only up to 50%)

Before calculating the magic defense, it reduces the normal magic damage received by %. (Only up to 50%)

Increases the critical damage percent by %.